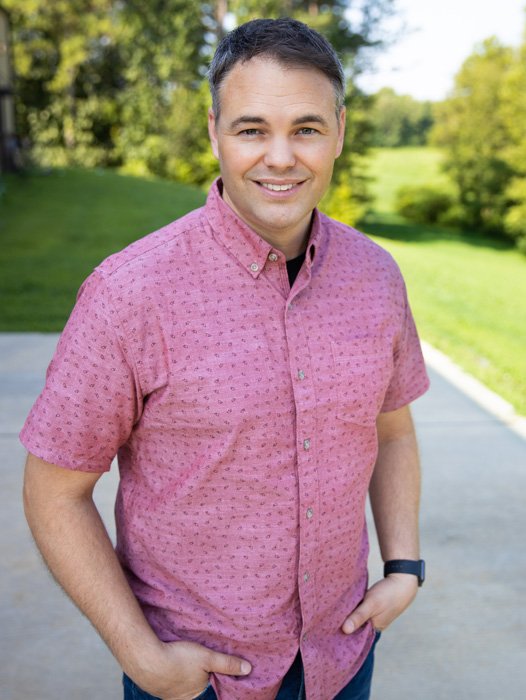 Chris and Paula, along with their daughters Abigayle and Sarah, joined the Westmore Church of God Pastoral Staff in Cleveland, Tennessee in July of 2009. Together, they utilize their time, talents, and creativity to energize and equip the kids and families of the Westmore Kids Ministries to passionately pursue the presence of Christ and compassionately reach their world for His Kingdom.

Chris graduated from high school in Ohio and left for Lee University in Cleveland, Tennessee the fall of 1995. At Lee, Chris served as Co-Chair of the Spiritual Life Committee with the Student Government Association, Resident Assistant with Campus Life, played drums with the Evangelistic Black Gospel Choir and was a member of Theta Delta Kappa. Chris traveled the east coast with a Christian rock band until he met his wife Paula. Together they completed the Church of God School of Ministry, earned their ministerial credentials with the Church of God, and graduated the Ministerial Internship Program while Chris worked in the manufacturing industry for 6 1/2 years.

Chris served as College and Career Director at Mt. Olive Central, Young Adult Pastor at Hopewell Church of God and as a Student Pastor at Heritage Fellowship in Oak Ridge, TN and East Chattanooga Church of God. Chris has worked with kids, youth groups and youth camps for over 15yrs and has served with the State Youth Director planning youth camps and various Christian Education Department Programs. Chris does some ministry training and consulting with other churches and organizations and serves as the Minister of Children at Westmore Church of God where he is passionately pouring life into the kids and families of Westmore and the greater Bradley County community. Chris holds a Bachelor’s of Science in Church Leadership from Lee University and Master of Arts in Discipleship and Christian Formation from the Pentecostal Theological Seminary where he was honored with the National Bible Society Biblical Teaching Award. He is an ordained bishop with the Church of God Cleveland, Tennessee and an adjunct professor of church leadership at Lee University’s Division of Adult Learning.

Some of Pastor Chris’ hobbies include watching his girls play basketball, playing sports, fun and games, and working on occasion as a professional background actor and photo double in the television and film industry. Some of his roles include “Brooklyn Dodgers Fan” in Legendary Pictures 42’ movie about Jackie Robinson starring Harrison Ford and Chadwick Boseman, “party crasher” in March Madness LG appliance commercial featuring Greg Anthony, prison inmate “Leigh Dennis” in ABC’s Nashville season two premier, Sacramento Sheriff’s Department officer “Sanchez” in Focus Features Kill The Messenger movie starring Jeremy Renner which came out in 2014, District 7 lumberjack military rebel in Lionsgate Hunger Games Mocking Jay Part 2 in 2015, and Photo Double in both Lionsgate films Insurgent (2015) and Allegiant (2016) among other television show appearances. However, Chris’ favorite roles are his daily roles as Husband to Paula, Dad to Abigayle and Sarah, and pastor to Westmore Kids and families.